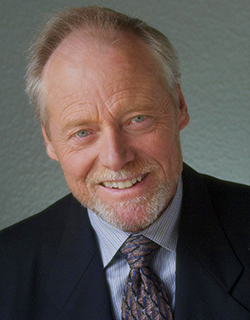 Professional Fiduciary Services is honored to have John Davies as a member of our team. John has served for over 30 years in senior management positions for public and private companies. He supervised over 120 employees and generated forty million in annual revenues.

Apple, Nike, Lockheed, JPL, Disney, Warner Bros. and the Monterey Aquarium are a few of the leading corporations that John has partnered with. For the last four years, John has been serving in the capacity of a Professional Fiduciary. John’s experience working with CPAs, Attorneys, consultants, real estate and financial services professionals make him a valued fiduciary.

John has that great combination of understanding people, their needs and desires, matched with the technical skills of being a fiduciary. John became interested in becoming a fiduciary while handling his parent’s estate planning needs when they passed away. He became acutely aware of the complexities involved and the need for caring deeply about the client’s wishes. John has worked with Peter Kote JD, a 20-year veteran in the fiduciary business in Orange County, California.

An Armed Forces veteran, John displays outstanding leadership skills.
John and his wife of 30 years, Anneke have two children. Jeff, who is currently attending Medical School in Chicago and their daughter Jenna living in Colorado.
A true outdoorsman, John is an avid fly-fisher, sailor, photographer, hiker and motorcycle racing enthusiast. John and Anneke make their home on the Trinity River in Lewiston, California.

John is ready and eager to assist those in need of a California licensed bondable professional fiduciary.